The home page for ***Information Technology and Libraries*** states:

The September 2010 issue of ITAL contained an article by Sharon Q. Yang and Melissa A. Hofmann called "The Next Generation Library Catalog: A Comparative Study of the OPACs of Koha, Evergreen, and Voyager". As an Evergreen developer, I wonder just how much refereeing happened before this article was published. Certainly I am biased, but there are a number of problems with the study from my perspective:

As the article mentioned the latest release of Evergreen was 2.0, let me show you a screenshot of the default OPAC in Evergreen 2.0 as of the upcoming alpha2 release. Notice a few things: 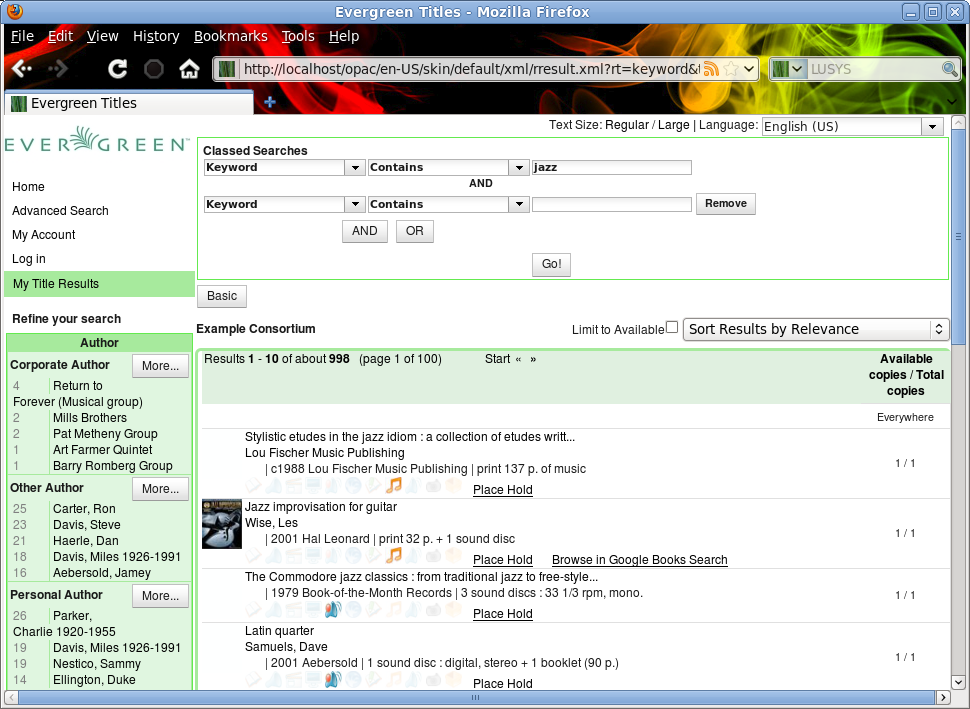 Evergreen 2.0 inline advanced search interface showing AND and OR options