I had fun today. A colleague in Computer Science has been giving his C++ students an assignment to track down an article that is only available in print in the library. When we chatted about it earlier this year, I suggested that perhaps he could bring me in as a speaker to introduce the students to their liaison librarian. It was also my chance to get my foot further into the door with the faculty in the program, as well.

But when I started putting together the supporting materials, I realized that the class was more than half way through the year and that a standard instructional session might be a little low-energy for them. I wanted to do something that would be memorable. And I had just read The Martian by Andy Weir over the weekend, and our campus had just had a visit from Chris Hadfield a few weeks ago, so I thought that delivering a narrative in the style of The Martian might work.

Without further ado, I give you: 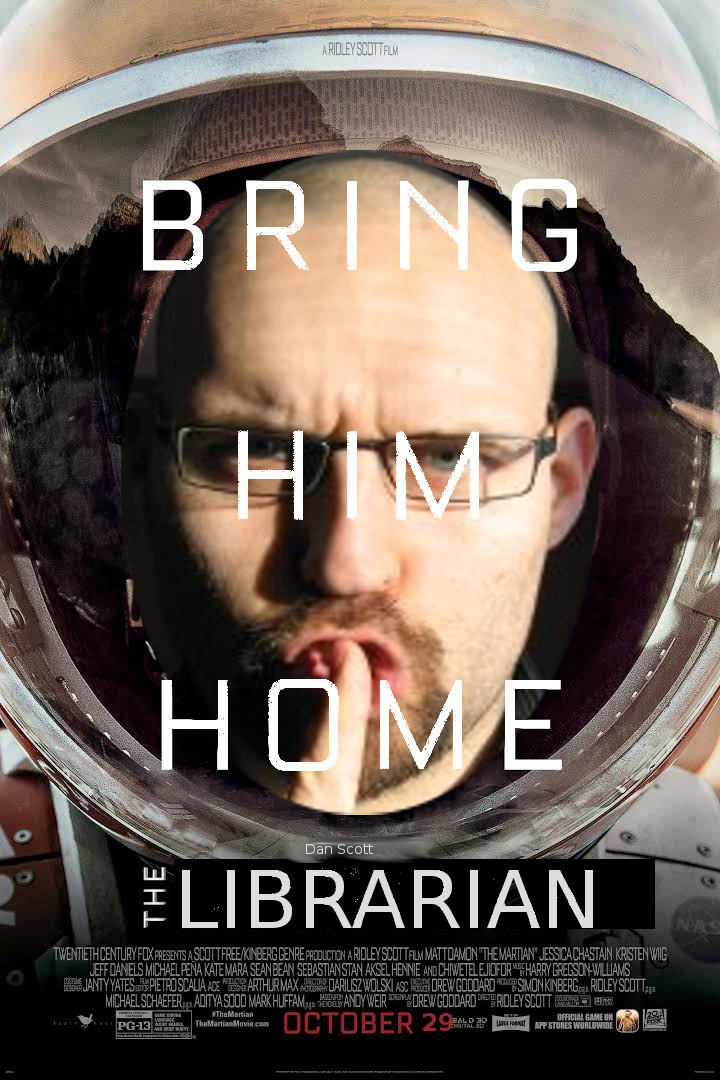 The Librarian: an intro for COSC 2947 (C++) (Open the Speaker Notes to follow the narrative!)

The students were chuckling throughout the presentation, so I think I achieved my goals of increasing the energy level, presenting the material as something memorable, and introducing myself as someone approachable. Or at least giving the impression that I try to have a sense of humour.

As an aside, I'm kicking myself for using Google Slides instead of reveal.js. It's so much easier working with HTML + images instead of a browser-driven proprietary Flash-using-when-it-can mess. It is what it is, however.